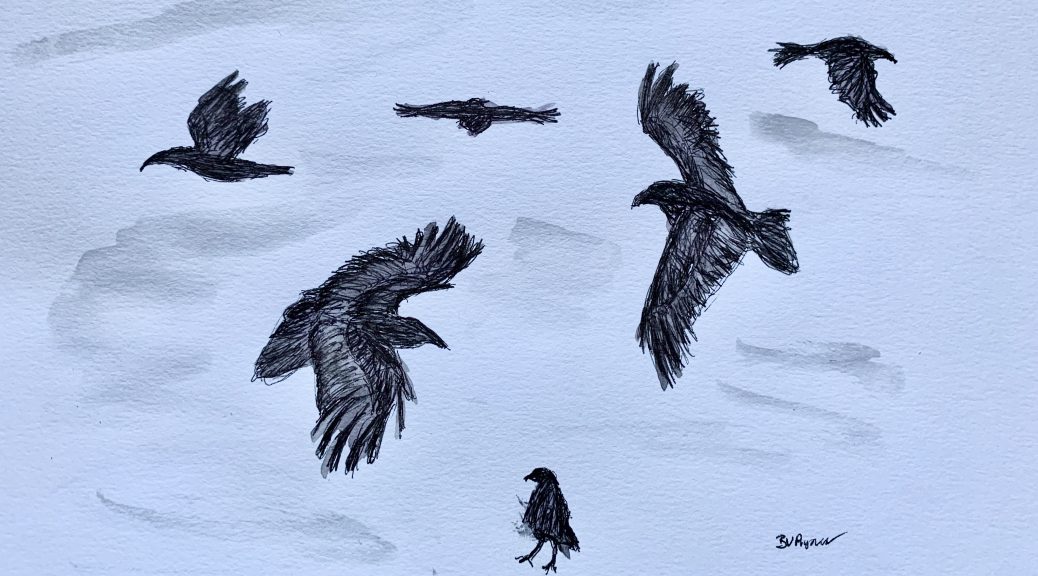 If you read the previous post, you’ll know how The Morrígan had helped me to find my relationship with my deities and my spiritual path by throwing a book at me. Yep, literally. People will say she isn’t subtle, and that’s accurate.

Burn it Down to Build it Up

It had been about four years since that day in the bookstore. In that time, I went to India, lived in ashrams, developed my spiritual relationship, traveled the world, lost most of my friends, gained new ones, and ended a lot of relationships that were bad for me. I stripped my life down to ONLY the things that were in line with my best and highest good, and that meant that nearly everything I had before had to go. Seriously, everything I owned fit into one suitcase and a car with no muffler. It was brutal, terrifying, alienating, and totally worth it.

This is something that most/all people on a spiritual path will encounter. All the things you cling to can be taken away. All the things that were of utmost importance before won’t matter so much anymore. This will freak out the people who knew you before.

I learned to put my faith and trust where it belonged. I learned how to say “No” with confidence and build healthy boundaries. Most importantly, I learned to listen to that voice in my heart, the one that has a direct connection to God/Goddess. At first, I went to the temple dedicated to my deities— Radha and Krishna— a lot. But, after a time, I realized that the problems I had with structured religion were still present even in a space where people related to God in much the same way I did. I couldn’t conform to the “right way” to be. So, I respectfully pulled away and followed my heart’s direction on my own path. One that was going in the same direction as the Prescribed WayTM, but one that was meant for me and my highest spiritual development.

I firmly believe that any religion has a basic plan and a set of guidelines that can be helpful, but those rules are often meant to cover the most amount of people in a general way. Basically, the middle of the bell curve. This is often a good place to start, but it may not be where you stay. And it’s scary to step off the clearly marked “way.” I wanted to share my experience, but not preach my path. It was mine! Who am I to tell someone else how to relate to the divine? And I don’t like others telling me how to be when they haven’t bothered to learn who I am. I am highly suspicious of authority figures, especially spiritual authority. I may appear polite, but that doesn’t mean I’m going to obey. Hahaha hell no.

Going against the sanctioned path earned me the names “heretic” and “fake” and much worse. But, I’m not angry about the way some treated me. I just pulled away and took my spiritual life into my own hands instead of handing it over to an authority who couldn’t understand me. My relationship with Radha and Krishna was my own. I initiated myself and became my own guru. I trusted my heart. Heretic! If that put me on the outside fringes, then that’s where I needed to be. Here(tic) I am.

Fortunately, I wasn’t alone in this. My husband was right there with me. He is someone I could trust and was at my side through the crazy, scary ride.

I also trusted The Morrígan. She is close to my heart, and I knew she had my back. I mean, she helped me find what I was desperately seeking. So, when she came back after giving me space to pursue my path, I knew something was about to change.

I started seeing ravens everywhere. Not just outside, but everywhere! We visited the Grand Canyon on vacation. We’d parked in front of a very large raven sculpture. It was beautiful and so detailed, and about the size of an eagle. Then, it turned its head and shook out its wings, and I shrieked. It wasn’t a sculpture! It was a monster-sized raven! The bird laughed at me (if you’d heard it, you’d know it definitely laughed at me!) It followed us the whole time we were there. More ravens and crows waiting for me in Colorado.

The whole vacation, there was a raven or two following me, calling to me. My husband noticed that this was unusual. And it wasn’t always the actual birds. We’d meet someone new, and they’d be named Raven. Someone randomly handed me a business card, and it had crows on it. Three or four would be standing on the parked car, circling overhead, landing on the sidewalk in front of me and just… looking at me. Little flying stalkers.

Coffee with The Morrígan in a Bookstore

We went to this amazing little coffee and bookshop in Colorado and a particular oracle deck they had open drew my attention. Of course, I pulled a card. Guess what— “The Raven!”

“Oh my god!” My husband screamed. “She is calling you!”

I looked warily at the shelves of books— all the possible missiles that could be thrown at me if I chose to ignore the obvious like last time. The Morrígan was calling.

“I’m listening,” I said. “What are you asking of me?” I didn’t want to risk getting smacked with another book.

It’s time to bring me back. Return to magic.

I hadn’t cast a spell in years. I just hadn’t felt a need to. “How will this work with who I am now?”

This is who you are— now, and always. Bring your new awareness to your magic. It will work. Trust me. This is how it comes around for you.

When I thought about it, I already had an altar, and I already made offerings. Temple aartis are indistinguishable from magic. If I brought that sense of devotion into spells and the little everyday magic rituals, I’d be blending my past practices with my present awareness. This could work! I didn’t know what the connection between Krishna and The Morrígan was going to be. But, for now, this was enough to go on.

I left the coffee shop with a mocha late, a new oracle deck, and a renewed connection to the Morrígan and my own magick. Outside, a raven cawed cheerily at me from the sidewalk and flew off, to find me again at another time.

My Awakening story continues in Ireland with several initiation experiences.

For those who want to know about the tarot decks in the photos, I will link them here. All Amazon links are affiliate links. That means if you click the link and buy something from Amazon, I get a few cents and it costs you nothing. It does really help me out though, since this pays for the upkeep of this site.

Tarot of the Sidhe

is out of print and can sometimes be found on eBay for a lot of money. Good luck.