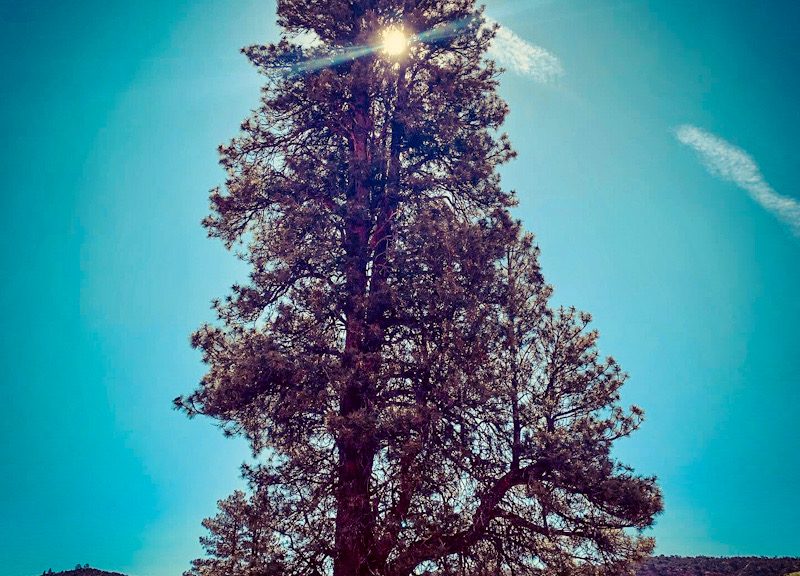 That’s What Sídhe Said is a series that I was asked to create as a place for the Sídhe to have their own voice. These are my conversations with them, and much of what is here may directly contradict the lore. This is their voice, not mine. To find sources on the lore, read this blog post. To learn about my own relationship with the Sídhe, read my story here.

These are incredibly challenging times, and dealing with people can be a bit much. Below is a conversation between me and my Sídhe partner, Tadhg, about handling strong emotions and disappointment in humanity.

How do I keep my patience?

Blythe: I wanted to ask you how you deal with watching humanity be… humans. Usually, I can keep a bigger picture view of these things. Still, sometimes it feels impossible to not be disappointed in the way people behave. But you seem to have endless patience. How?

Tadhg: I know that at the soul level, every human is love, just as every Sídhe is as well. Because we live so long, we see more of humanity than even humans do. Yes, there is a disappointment. I won’t lie and say that there aren’t moments when humans are disappointing. But it’s more that they disappoint themselves. I don’t hold expectations, only hope for humankind.

Blythe: So, don’t have expectations, and you can’t be disappointed?

Tadhg:  More like, having expectations is placing demands on someone when they might not be capable of living up to them. It’s unfair. You wouldn’t expect a child to live up to the same level of responsibility that a teenager could, would you?

Blythe: I think I understand. Also, is humanity like a child? Because sometimes, I feel like our so-called leaders and “responsible” people are all throwing tantrums.

In a sense, humanity is in a kind of childhood phase. A place of self-centeredness and demanding, but I feel that is coming to an end. Humans are going through “growing pains” if we continue with this metaphor. There is still plenty of room for maturity, so there is still hope. You were a teacher. Were your challenging students hopeless?

Blythe: No, actually. Usually, they had the most potential.

Tadhg: Humans have great potential if they accept responsibility for it.

Blythe: But, how do you not get frustrated when you see people blatantly refusing to accept any responsibility? When they deny that anyone other than themselves or their group even has importance? How does that level of selfishness not make you say, “forget it, I’m out?”

Tadhg: Because I understand that the people acting in that manner are currently being forced to face themselves, or parts of themselves, that terrify them. Their reaction is entirely fear-based. They are not using logic or empathy at all. They are so afraid that they are only reacting and not thinking. I feel only compassion for those living in such constant panic. What they are really terrified of is themselves. And eventually, everyone has to face their true self. It may take many of their lifetimes to get there. Those who can face themselves without reacting in such a way have learned to do so over many lifetimes.

Blythe: How is it possible to help someone like that?

Tadhg: It might not be, not directly. They must follow their own path. The best thing you or anyone can do is to be true to who you are. Lead by example. We’ve talked about raising the collective energy of the world— that is a genuine thing. And the people who are not accustomed to this frequency are… freaking out, as you say. Some will learn to adjust. Some will not. As much as you want to help everyone, it isn’t your responsibility.

Surround yourself with people who know themselves, or are doing the work to know themselves. These times you are living in are very powerful and very transformative. They are forcing change. The more you (as individuals) can focus on remaining centered and grounded, the more you will have a calm center to return to when you find yourself pulled by emotions. And it will help others to become calm and centered as well. Your energy affects those around you.

Being a conduit for energy, not an endpoint:

Blythe: Is the goal to not have strong emotions in reaction to what is going on?

Tadhg: Definitely not. You are emotional beings, the same as the Sídhe. The goal is to feel the emotions without identifying with them. Let them flow through you and not stick to you. This is why grounding and centering are so important.

We recently spoke of having access to a limitless energy source. To access it, you have to be a conduit and not an endpoint. You have to let the energy flow through you and pass on to something else, creating a current. If you become an endpoint, it stops the flow, and you burn out, energetically. The same is true for emotions.

When you become an endpoint for emotions, they get stuck. You hold onto fear or anger, and it becomes difficult to let go. You think, “if I let go, there’s nothing left.” It is a finite mentality. But if you let that emotion flow through you and you don’t identify with it, you can let it go. You can feel it without becoming stuck.

Blythe: How can someone do that? How do you not identify with the emotion?

Tadhg: In your language, you say, “I am angry. I am afraid. I am frustrated.” You are saying you ARE that emotion. Start by changing your language. Instead, say, “I feel anger, but it is not me. I feel fear, but I am not afraid. I feel frustrated, but I am not frustrated.” This does two things: it allows you to separate yourself from identifying as the feeling. It also allows you to truly feel it without becoming lost in it. Instead, it can move through you like a wave, and you don’t have to react. You can decide how to direct it, whether you use it to move you, and then let it pass or just allow it to go. Either way, you are making a conscious decision and not an unconscious reaction.

Ironically, when people try to avoid feeling these emotions, they give up their control and become lost in them.

Blythe: How could someone become a conduit for energy and emotions and not an endpoint?

Tadhg: You do this already, mo chroí. When you ground and center, you visualize yourself as a tree. You pull in energy from the roots, let it rise through you, and send it out through your branches. You can also pull in life through your “branches,” down through you, and release it into the earth. You connect yourself directly to the ground and sky, making yourself part of a cycle of energy. And for you, the tree also connects to the Otherworld, but that is something else.

Blythe: Could anyone do this? Is it just my connection to the Otherworld that allows me to do this?

Tadhg: Anyone can learn to do this. It takes a little focus and practice, and the Otherworld connection is not necessary. That is a separate thing. The more one does it, the easier it becomes, and then one can do it with a simple thought and in the space of breath at any time or place. Because you have made it part of your daily practice, it has become second nature to you.

Blythe: This is true, but I could be better with the language. It has become much easier to let emotions go and not hold onto them, though. At least, I don’t hold onto them for very long before I remember to ground and center.

Self-centeredness gets to me. I understand from an intellectual perspective, but it’s hard to handle emotionally sometimes. Humans have a terrible habit of thinking they’re the center of everything.

Tadhg: Yes, they do. Eventually, they will learn. You are a compassionate soul. I know it pains you to see people suffer unnecessarily, especially when they are also a cause of suffering. Sometimes you can fight the injustice. Other times, you will not be able to change another person’s heart or behavior. This is not a failing on your part. It is part of their struggle that they must face— and will eventually.

When you feel overwhelmed, take a deep breath and think of how big the cosmos is. There is time, there is space, there is energy, and there is patience to draw to you through your roots. Everything has a proper flow. Find that current.

I take a moment, and do just this, and feel the energy flow to and through me, looping through Tadhg as well.

To answer your question earlier, I have the patience I do from practice, understanding my place in the flow of energy, and the knowledge that I am not the center. Nothing is obligated to live up to my expectations. I can be and allow others to be, knowing that eventually, everyone finds their way. Even if they fall down. I am not patient; patience flows through me, as much as I need.

You are connected to many— to me, to your sisters, and to your human friends and family. Pull from that support and return the energy through the loop. You don’t have to be patient when you have access to limitless patience that can flow through you.

I hope this helps someone else because it certainly helped me.

4 thoughts on “That’s What Sídhe Said: Dealing with Disappointment in Humanity and Strong Emotions”